SINCE the detection of one Beta variant last August 26 and eight new Delta variants in Dagupan City, the situation continues to remain in critical risk level after registering an all-time high of 1,051 active cases on September 15, after 97 new cases were logged against only 40 recoveries.

Dr. Ophelia Rivera, the city’s COVID-19 focal person, cited the continued rise in admission of severe cases in all hospitals, including the Region 1 Medical Center, whose waiting list is often more than 200 on any given day.

She also cited the recent a public advisory issued by Dagupan Doctors Villaflor Memorial Hospital, the biggest private hospital in Dagupan, that said its COVID floors and Critical Care Units have reached full capacity, while its Emergency Room “has a long list of patients to be admitted” and advised the public to consider other hospitals for immediate attention and care.”

She told the Sangguniang Panlungsod that in such a situation, a patient needing immediate medical care may just die before he or she can be admitted in the hospital.

In his post on his Facebook account, Councilor Jose Netu Tamayo said the Villaflor Hospital is so overwhelmed by the increasing number of cases and that if the transmission does not slow down, “those who are poor and vulnerable will be at risk of being gone”.

He added his recommendation that the City Health Office identifies which sitios need to be locked down on granular basis “without losing our business centers”.

Amid this scenario, Dagupan Public Information Office has announced that the City Health Office is closed on Friday for disinfection.

At the Dagupan Sangguniang Panlungsod September 16 session, Councilor Teresa Coquia, chairman of the committee on market, said when she and Barangay I chairman Herminigildo Rosal inspected the Magsaysay Market area, they noted that seven out of 10 persons (vendors and buyers) were not wearing face masks.

Coquia recommended that the four security guards stationed there be replaced and their replacements be made to first undergo orientation at the Public Order and Safety Office (POSO) on their mission.

Earlier, Dr. Rivera confirmed the same situation when she and staff of the City Health Office conducted inspection at the  public market, vendors were not wearing face masks, who only complied in their presence only to remove these once they left the premises.

She said it is in the market where virus of COVID-19 could spread fast so she asked Market Marshals to strictly enforce the minimum health protocols in the area.  (Leonardo Micua) 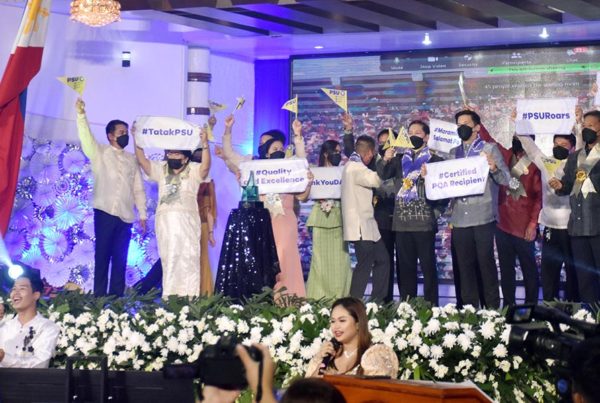