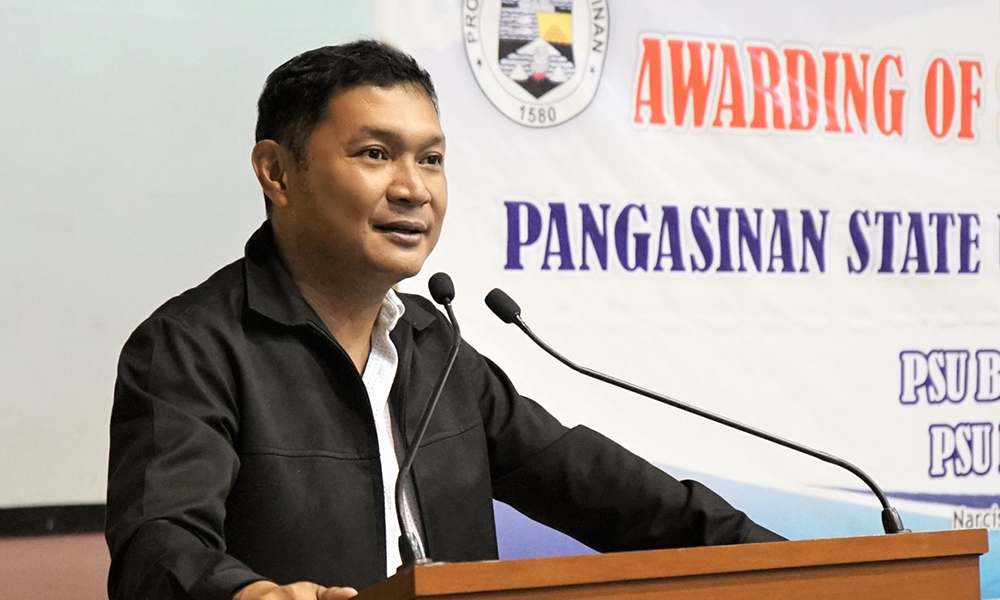 AWARDING OF PSU SCHOLARSHIPS. Governor Amado I. Espino III expresses his support towards the Pangasinan State University (PSU) Scholars from PSU Bayambang and PSU Binmaley campuses during the Awarding of Scholarship Assistance worth P3.8 million held on October 11 at Narciso Ramos Sports and Civic Center (NRSCC) Gymnasium in Lingayen. In his message, Governor Espino encouraged the students to be the heroes of their family and the whole province of Pangasinan. (LIP/ Photos by JZP)

“BE heroes and voices for your family and for the whole province of Pangasinan.”

This was the core message of Governor Amado I. Espino III during the Awarding of Scholarship Assistance worth P3.8 million to the Pangasinan State University (PSU) Scholars of PSU Bayambang Campus and PSU Binmaley Campus on October 11 at Narciso Ramos Sports and Civic Center (NRSCC) Gymnasium in Lingayen.

Gov. Espino urged the scholars to be the heroes of their families by keeping their home safe against COVID-19 and be the voice of the province by helping the Provincial Government in its drive against the dreaded virus.

Board Member Nestor ‘Nikiboy’ D. Reyes gives inspiration to the scholars as he shares his experience on how he reached his achievements despite hard times and poverty.

Meanwhile, Dr. Shiela Ferrer-Baniqued commended the leadership of Gov. Espino for launching programs and projects that are beneficial to the people like the scholarship program as she pointed out that education is the key to a person’s success.

Expressing gratitude to the present administration, Kimberly Misalang, one of the recipients who is enrolled at PSU Bayambang, stated that the scholarship program served as a relief for her family. 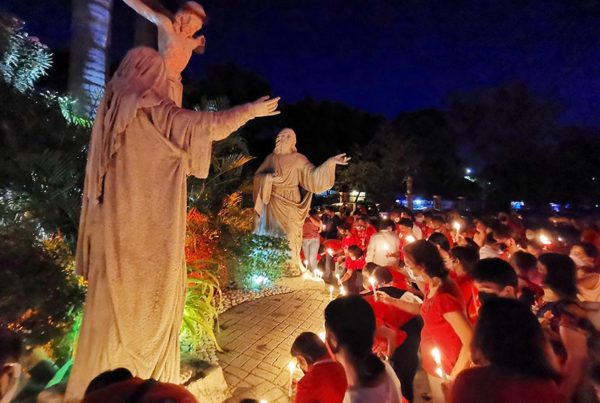