Watch out for ECQ in Dagupan

I watched Dagupan City Mayor Brian Lim’s video-taped message on the downgrading of the quarantine classification of Dagupan City, from MGCQ to GCQ keenly.

I had hoped to hear him tick off the strategy he crafted to help Dagupan residents fight the fast-spreading COVID-19 virus that already mutated into several variants. I heard nothing of that sort.

Instead, he simply tried to look and sound officious and efficient by simply mouthing what national IATF and other local government leaders have been saying since March 2020. If it weren’t for the fact that the posted video was dated September 7, 2021, I would have thought the video was taped sometime in April 2020, when no one really knew and understood what the pandemic was all about!

What he didn’t say, or perhaps he could not bring himself to say, was HOW to enforce those measures strictly, from wearing masks and shields, washing of hands, observing social distance in whether in church or restaurants, implementing the new curfew hours, etc.

It would have been reassuring to hear him, as mayor, order the police, department heads or even anyone in his barkada to go out to the barangays to see to the strict enforcement of the quarantine rules. He didn’t.

If he expects his constituents merely to follow his bidding, then he just exposed himself as someone without vision and experience in a leadership post.  Pity.

AT the rate the city hall is going, Dagupan will be back to ECQ in two weeks!

THINKING PREVENTIVE.  Mayor Lim (and other mayors similarly situated) would have served his constituents well if he had studied and structured the enforcement of his adopted measures, never mind that these were copy-pasted with no originality.

Take the border checkpoints. If he only bothered to ask some of his barkada to check the protocol adopted by the enforcers by passing through these without the “Don’t you know me” entitlement, he would know how ridiculous the operations of the checkpoints at the city’s borders are.  The enforcers ask innocuous, meaningless questions before they let anyone pass through: “Taga Pangasinan kayo?”, “Saan kayo pupunta?”, “Saan kayo galing?” etc. Questions that couldn’t possibly help protect his constituents from being infected.

I passed through two checkpoints last week: One didn’t bother to stop me; the other flagged me down and asked me: “Taga Pangasinan kayo?” When I answered in the affirmative, the enforcer directed me to proceed.

A checkpoint is the frontline for the enforcement the health protocols, to remind travelers entering the city that the Dagupan strictly enforces violation of city ordinance that mandates wearing of masks. How? Enforcers can simply check if all passengers and driver are wearing masks. In case one is not wearing a mask, the enforcer must ask the non-compliant passenger to produce his/her mask, and failing that, the vehicle must be directed to turn back and return with a mask.  That’s all.  No need to ask irrelevant questions.

It’d be helpful, too, if he orders local barangay checkpoints to establish along boundaries just to check if residents moving in and out are wearing their masks.

Then, since community and local transmissions are the main causes of infections, Mr. Lim could have organized teams of enforcers on bikes that roam barangay streets to check if residents moving around are wearing masks. Those caught without masks should be brought to the barangay hall to be lectured on the ordinance. The same bike patrol should also be on the lookout for residents drinking or gambling outside their residences, and violators are brought to the barangay hall for processing as well.

Contact-tracing is a weakness of the campaign to fight the infection. Mr. Lim can boost the efforts by organizing BHWs in barangays to conduct house visitations and take note of situations in homes to find out who might have one or two symptoms of the virus. These notes, in turn must be submitted to the City Health Office which in turn must promptly send teams, armed with LianHua tabs (and donated Ivermectin?) to act on the suspected cases.

To encourage residents to take the initiative to be vaccinated, the mayor should consider organizing the business sector and ask for their participation to offer a 5-10% cash discount or offer a freebie if they can show a vaccination card.

If these preventive measures don’t make a dent in slowing down the community transmission, I don’t know what will. What is certain, if these and other measures are not employed, expect rate of transmission to keep doubling every week for the return of ECQ!

Not a few politicos who play out to being religious as an added credential, i.e., Grace Poe’s photo op praying inside a church. But in fact, others find it incongruent that a politician can be Christ-centered. But Mr. Cayetano is definitely not your typical politician.

I first encountered Mr. Cayetano more than 10 years ago, when he partnered with Ping Lacson to launch a joint political campaign for his election to the senate and Ping’s reelection as senator.

I was initially uneasy on hearing him say a prayer before he started his political meetings, big or small! I soon found out that he takes to his intimate prayers before meetings, asking for spiritual guidance, to give him moral strength to pursue anything.  I soon became comfortable listening to him pray, after hearing him pray each time we start a phone conversation – to this day.  I’m no longer surprised to see him kneel in public to pray being Christ-centered in his life.

But simply hearing him pray was not enough.  I saw him live a Christ-centered life when he denied my request to open an e-Bingo operation in Taguig City outright.  (It was a favor I thought I could do for my son-in-law who’s in that business) He said: “Gambling is one evil activity that destroys family, we will not have that in Taguig.” So, I’m not at all surprised to hear him today that if elected president, he will close POGO outlets of PagCor.

He also stopped the pork barrel practice at the House of Representatives and led by example, an advocacy that earned for the institution, the congressmen and the position of House Speaker unprecedented high approval ratings!

Alas, it was the same advocacy that prompted the congressmen who missed their usual pork barrel maligned and discredited him. They made sure Speaker Cayetano would not stay a day longer than the agreed sharing arrangements for the speakership after PRRD ordered him to finish the 2021 budget before he turns over the mantle to Cong. Lord Velasco. PRRD’s order would delay the turnover by 15 days.  It was not acceptable and they lent pressure on him via Mayor Sara D. to recall his order. Totally surprised by PRRD’s decision to recall his assignment to finish the budget, Mr. Cayetano resigned as speaker on the spot and made the turnover to Cong. Velasco exactly on date agreed.

LOSING TO COVID-19. Below is an update from an alumni PMAyer about fellow Mistahs who met their deaths not in the battlefield but in their battles with COVID-19:

“Generals Romy Gan ’83 and Asher Dolina ’83 both NIA Deputy Administrators died days apart followed by their classmate USec Allan Guisihan ’83. The other day Gen Bagnus Gaerlan ’89 passed away. Just this early morning Gen Rolly Ricafrente died ’81. All are fully vaccinated and died in a week’s time.  Senior military officers are asking how come they died when they were told that if you get vaccinated, if ever you’ll get afflicted with Covid-19, it’s less severe. Let’s not put our guards down, this Delta variant is creating havoc.”

In Dagupan City, we got wind of a report that a father, mother and son contracted COVID-19 at the same time recently. When the father died, the son died one day later. The mother was in critical condition at press time. It was not the first time I heard a family that suffered greatly. 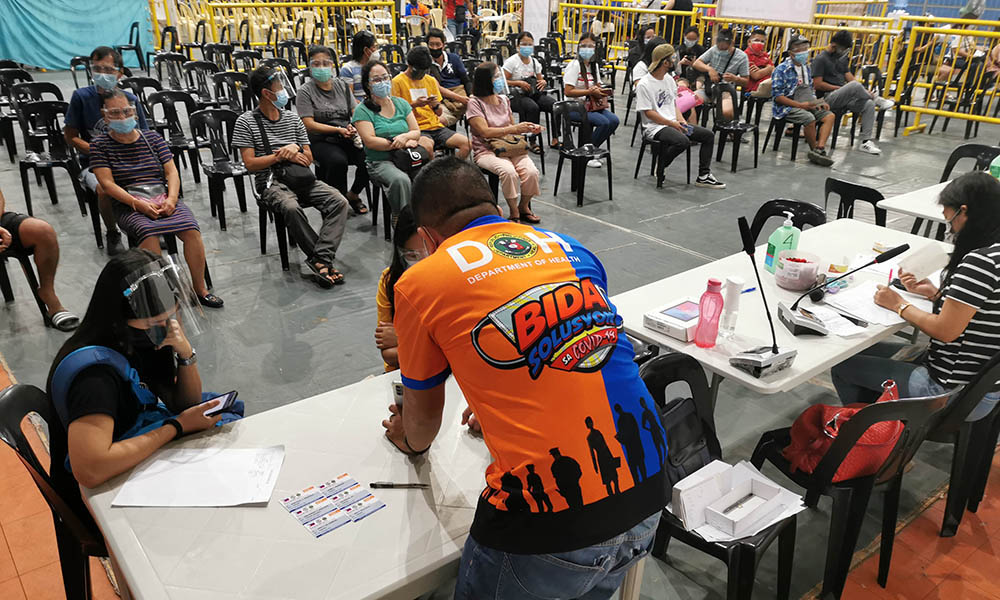