DAGUPAN Mayor Brian Lim must be tempting the gods of COVID-19 to trigger a major surge in COVID cases in the city and other towns by keeping the Tondaligan Beach open throughout the Holy Week.

He’s either one helluva pasaway or a great barkada enabler for his political allies to exploit the business opportunity during the traditional 5-day holiday.

His decision to keep the beach open while the mayors of Lingayen, Binmaley and San Fabian are keeping their beaches closed, is also utterly inconsiderate of the plight of the tired medical frontliners in the city.

If he actually believes that his ‘task force’ at the beach can prevent the spread of COVID with new variants, then he’s totally ignorant of how the COVID-19 spreads. For instance, the worst carriers are asymptomatic, they who do not show visible symptoms of the disease. These are exactly the same people that will frolic in the sand because they think they don’t have the symptoms. There will be a lot of physical contact, sharing of food, utensils, bottles, bags, bicycles, etc. Who would think of washing their hands when they can see the beach?

As the IATF already clearly pointed out, there should be no gathering of more than 10 people in any place for any reason during the Holy Week even with their face masks and shields on. To underscore this, it had ordered the cancellation of religious activities including processions and closing of churches. Could the expected crowd of thousands at the Tondaligan  be exempted from IATF’s rule?

But here comes Mr. Lim, defying the national government with an open invitation to have a leisure day by the beach, a tempting invitation because the popular beaches in Lingayen, Binmaley and San Fabian would be closed.

City residents would have easily understood if he had decided to the contrary because it’d help keep the period quiet and provide the Christians the serenity that the Holy Week it deserves being a time for spiritual contemplation.

But assuming the worse, does the Lim administration have a contingency plan for the expected sudden surge in the city in the next two weeks?

If a sudden surge in COVID cases do happen, and deaths follow, these will be on his head!

CHECKING ON CONTACT-TRACING. I was in touch with Pangasinan’s techie master Wilson Chua, head of Bitstop (The PUNCH’s online edition partner) during presswork. He expressed his concern about the level of contact-tracing in Pangasinan. He shared below his thoughts accompanied by graphs that he posted on his FB account:

“Shocking truth based on Data from DOH.

“Notice the downward trend for most towns. (The graph was attached to his message). Why is this happening?

“Either way, towns with close to zero quarantine % will soon be shocked with spikes in cases. Logical di ba? if positive cases are not quarantined, they tend to go out to mingle and spread the disease.”

COVID’S TARGET: WHOLE FAMILY. Pangasinan is, indeed, fortunate not only because it has a provincial government that’s proactive but dedicated teams of medical frontliners doing their level best to deliver what’s expected of them.

To their credit, we are only seeing a slight surge in number of active cases in Pangasinan.  (But Wilson Chua, suspects that the contact-tracing in Pangasinan is still faulty, so the increase can be definitely be more). Nonetheless, residents here can breathe a deep sigh of relief that the contagion here is being checked, that it is not as bad as other equally populated provinces in the country.

However, outside Pangasinan, families are literally dying not even knowing what hit them. There was the family in Metro Manila whose members were healthy and asymptomatic. Suddenly one started having the symptoms, and another, and another. It came to a point when most didn’t know who was being treated because they had to be brought to different hospitals. They were separated and isolated… no news from outside. Then when the inevitable happened, the death of some were never known to the other members who remained in ICU. Members who died were cremated. Nearest surviving asymptomatic family members were notified to claim the ashes.

This is really the worst that can happen to a family, something you wouldn’t wish even to your worst enemy. If some of your members are not careful enough, tell them about what could happen to them, to the entire family household, including their kasambahay!

SINOVAC OR ASTRAZENECA? Last week, we finally saw the roll out of vaccines in Pangasinan. It was only right that our medical practitioners were given the first crack and it’s heartening to learn that most willingly took the jab. But there were questions.

Were there VIPs that jumped the line and took slots of medical frontliners? A netizen posted picture of Archbishop Villegas taking the jab. Did he jump the line? R1MC’s Joseph Mejia denied it. I just wonder how many bishops in the country also managed to get their jabs without being included among the priority.

Then the other question uppermost in many minds is: Did anyone suffer any major negative reaction to the vaccines? Obviously, there have been none except perhaps the usual reaction of our bodies to any inoculation of a vaccine.

On the question, which vaccine is better so far? Sinovac or AstraZeneca? That’s really hard to tell because no single person received both vaccines. It’s not like eating two chocolate bars and can compare which tastes better.

For whatever it’s worth: I have two doctors personally known to me who were inoculated separately: one with Sinovac, the other with AstraZeneca. Both gave me the thumb’s up!

MORE QUESTIONS THAN ANSWERS. The rolled-out plan of the LTFRB on the inter-regional operations of buses from Pangasinan to Metro Manila (See Page 1 story) raises more questions than answers. While it identified which bus companies that can run to-and-fro towns and cities in Pangasinan-Bocaue via NLET (North Luzon Express Terminal), it was silent about: 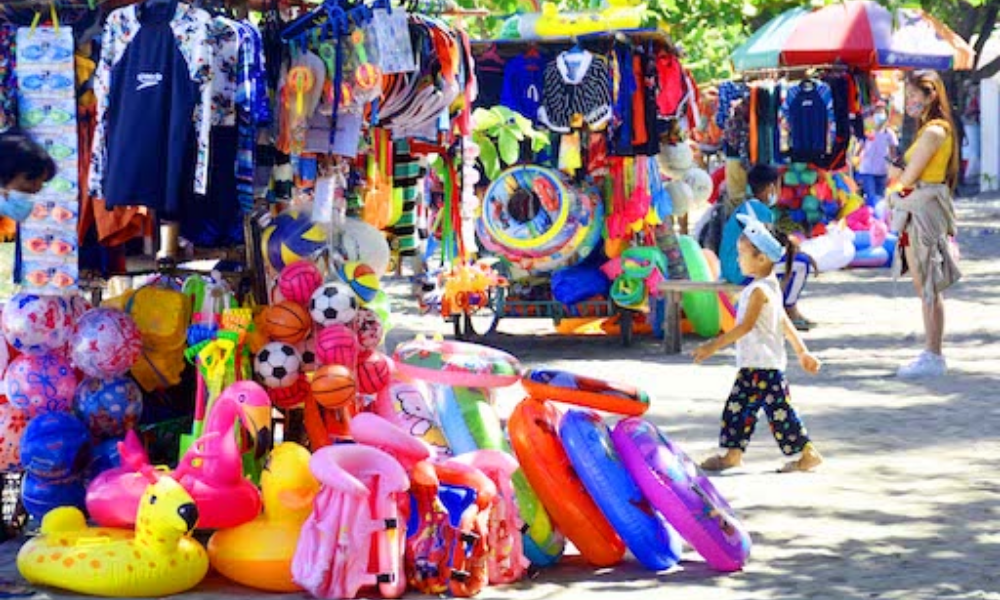 THE CALM BEFORE HOLY WEEK

THE CALM BEFORE HOLY WEEK