THE number of active cases in Pangasinan again nearly breached 500 mark in the new surge of COVID-19 in Pangasinan even as authorities are preventing travelers from the National Capital Region (NCR+) from entering the province.

As of April 2 (Good Friday), Pangasinan already logged in 489 active COVID-19 cases, from  only 259 last March 25 as 230 more persons across the provinces were infected in 7 days.

Based on the Provincial Health Office’s (PHO) monitoring, 84 persons tested positive on Good Friday alone. Of this number, 76 were detected in 43 towns and cities, and eight in  Dagupan City. It was only 11 cases short of the 94 cases logged in last March 30 which stood as the biggest surge in a single day in Pangasinan for the week.

Also on April 2, only 17 patients have recovered, two of whom were from Dagupan and the rest from separate towns of the provinces.

The record shows that of the 489 active cases registered, 43 were in Dagupan City, while the rest were spread in 43 towns/cities.

Still unaffected to date are the towns of Basista, Dasol, Mabini and Sto. Tomas.

Based on the April 2 update, the number of confirmed cases since the start of the contagion stands at 5,836 but still considered as the second lowest among the 14 biggest provinces in the country in terms of population.

To date, it has not been confirmed by the Department of Health-Center for Health Development 1 that the COVID-19 variants reported to have been previously detected in Urdaneta City, San Nicolas and Umingan were factors for the new surge of cases in the province.

Dr. Rheuel Bobis, medical officer IV and COVID-19 focal person of Region 1, said his office  is still continuing its investigation on these cases, adding that they have traced all the close contacts of the patients and placed them in isolation and will only be released from quarantine once they show negative results in their RT-PCR test.

Meanwhile, the City Health Office of Urdaneta issued its official statement that the 27-year-old male Overseas Filipino Worker (OFW) who came from Dubai, was already declared negative of the virus in Tarlac, where he was first swabbed and put on 14-day quarantine, before he entered the city.
Based on the PHO monitoring on April 2, there were 28 active cases in Urdaneta, placing it —along with Calasiao—the fourth in the PHO COVID-19 watch list-which officials believe is not alarming considering that the city is the biggest converging point of people and businesses in eastern Pangasinan.

Meanwhile, San Nicolas and Umingan have four active cases each and these are hardly an indication that these cases were caused by the transmission of COVID-19 UK variant that was detected from two women, a 65-year-old from San Nicolas and a 54-year-old from Umingan who both had no history of travel. (Leonardo Micua) 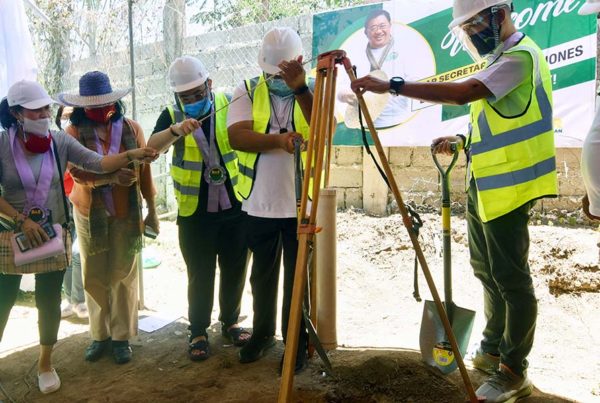