THE three members of the minority in the Sangguniang Panlungsod of Dagupan lambasted   and blamed members of the majority for its failure to pass the 2022 Annual City Budget, and echoed Mayor Brian Lim’s call to the councilors “to stop playing politics.”

Councilor Celia Lim, mother of Mayor Brian Lim, delivered a scathing privilege speech and  scored the majority for its inaction on the city budget for the past “two months”, which   should not be the case “because the city is in the middle of the pandemic.”

She dared the majority to say if they have any intention to pass the annual budget or if they are using the session to find the loopholes or reason for the budget not to pass and to stop wasting councilor’s time each session.

“This is my challenge to you all,” Lim intoned. Her challenge was shared by Councilor and Minority Floor Leader Librada Reyna-Macalanda and Councilor Cisco Flores.

In earlier part of her speech, Lim said the annual budget proposal was submitted on time on October 16, 2021 by the local chief executive through the City Budget Office.

“For two months, the Sangguniang Panlungsod did nothing to tackle it. No committee hearings were held, no invitations issued to department heads, no letters of communications or inquiries sent, no notices that there were documents needed,” said Lim.

She said it was only towards the end of 2021when the SP claimed there were documents that were missing from the annual budget proposal.

“My question is, if there were concerns about the said documents, then how come there was no effort to ask for them for almost two months?” Lim asked.

Lim  also corrected  the claim of the majority that the delay was caused primarily by the non-submission of the Indicative Annual Procurement Plan as an attachment of the Annual  Investment Plan (AIP).  She said it is only required if there is an early procurement before the passage of the 2022 budget.

“There are no procurements being made, In fact the city has never done any procurement. In short since there is no early procurement, there is no need for the IAPP to be attached in the IAP”, Lim said.

For her part, Councilor Reyna-Mcalanda expressed wonder why the passage of the 2020 and 2021 budget were relatively easy but passing the 2022 annual city budget is different .

In reaction, Councilor Michael Fernandez, majority leader, merely said “the records, minutes of sessions and resolutions passed the SP speak for themselves”, and maintained in a heated exchange with City Budget Officer Jessa and City Accountant Rosario Catugas that the documentary requirements sought by the SP are mandatory. (Leonardo Micua) 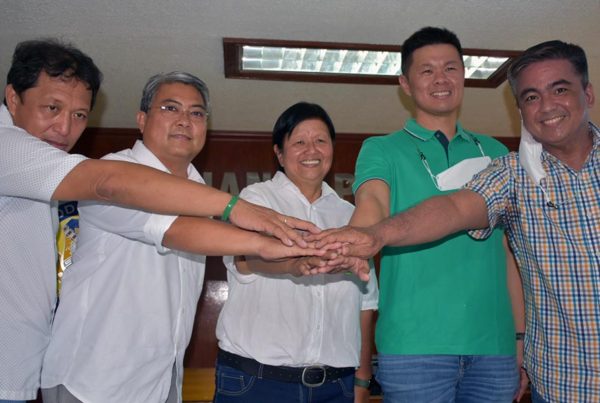