TWO members of the Sangguniang Panlalawigan protested the continued strict implementation of need for inbound travelers to Pangasinan at border checkpoints  to submit required documents before they are allowed to pass through.

This was manifested by Fourth District Board Member Jeremy Agerico Rosario and Sixth District Board Member Noel Bince after top officials of the provincial Inter-Agency Task Force for the Management of Emerging Infectious  Diseases (IATF-EID) were invited to be present during the Question Hour of the SP on May 3 to answer why there are still restrictions along all the borders of Pangasinan.

The two shared their observations that many were being  barred and ordered to turn back after failing to submit travel documents and/or failing to justify their essential travel.

Rosario said he travelled to Manila only recently and found that there was no checkpoint exiting Pangasinan but was met by heavy traffic upon his return. He noted that passengers of each vehicle were meticulously checked for their documents to prove that their trip to the province was essential.

He noted that even Authorized Persons Outside of Residence (APORs) were not allowed to enter Pangasinan if they cannot  justify or submit proofs that their travel to Pangasinan was essential.

“I want to get clarified with the requirements being asked to be presented in the borders for entry to the province,” Rosario said.

He said he wants the police to inform the provincial board how they conduct the border control check and inspection.

Rosario said the border control points in Pangasinan are perhaps among the strictest in the country today even if the national government already removed the requirement for travelers to first secure travel permit and negative results of RT-PCR test.

Bince shared Rosario’s manifestation who noted that the border control point in Barangay Carmen, Rosales turned back even residents of Pangasinan who wanted to return to their home province because they could not prove that their travel was essential.

Essential travel includes emergency cases, reporting for work, traveler is a government official or employee and in such a case, he or she must present one’s office’s travel order.

Bince cited the report of his visitors from Tayug who were asked to prove they were meeting with him in Rosales was essential.

Rosario added he also wants to know how contact-tracing is done because he knows someone from his town in Manaoag who had severe symptoms of COVID-19 but it took one week before any background check was done and another week for the swab test.

The Regional Mobile Force Company from Camp Oscar Florendo, La Union recently deployed 102 policemen in Pangasinan to man the borders of the province, which are the gateways to Pangasinan, Ilocos and the Cordilleras. (Leonardo Micua/Eva Visperas) 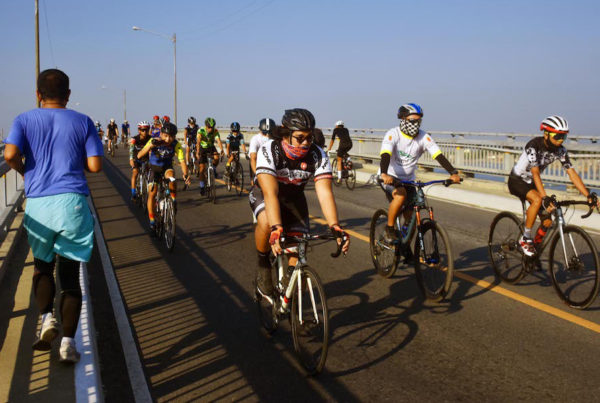