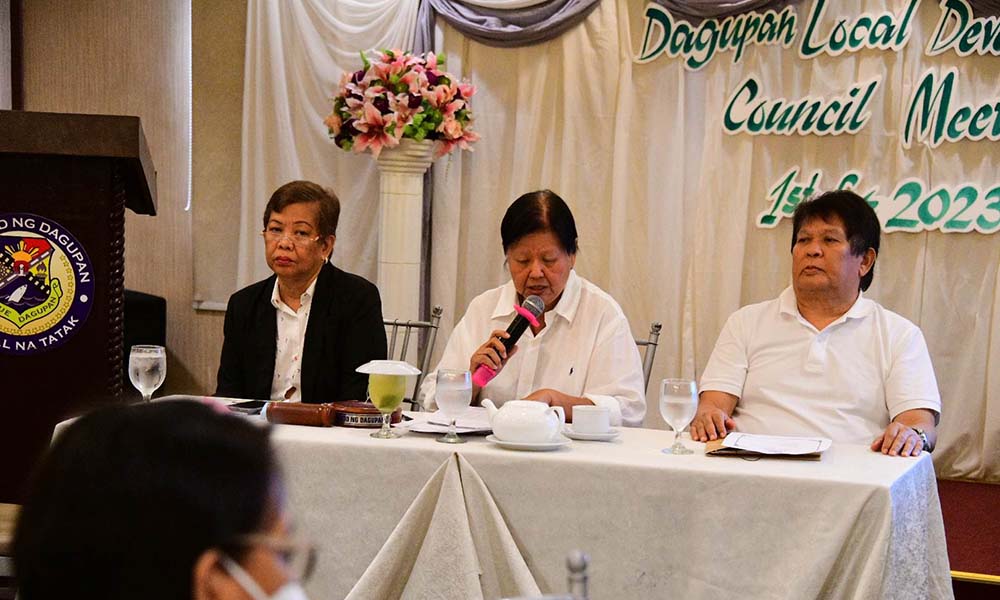 THE Local Development Council (LDC) of Dagupan has endorsed the proposed 2023 annual budget and expenditures of the city government to the Sangguniang Panlungsod (SP) for its necessary action.

This developed following the first LDC meeting for 2023 of the local government unit of Dagupan last January 16, 2023 where Mayor Belen Fernandez presented the programs covered by the annual budget and other relevant issues as part of a responsive, accountable and transparent government for Dagupeños. (Dagupan CIO News) Bringing government services closer to those in need

MAYOR Belen Fernandez attends to residents needing medical care and social service assistance as she conducted home visitation this week in different barangays in Dagupan.
Among them were 78-year-old Laulalia Cariaga of Sitio Calima in Barangay Pantal who suffers from mobility problems after taking a fall and with no means to avail of consultation services and 67-year-old Mildred Cayabyab of Sitio Patalan in the same barangay, a stroke victim for several years, who also has not consulted a doctor since. ANOTHER batch of beneficiaries of the Tulong Panghanapbuhay sa Ating Displaced/ Disadvantaged (TUPAD) Workers program of DOLE this time composed of 2,177 Tricycle Operators and Drivers Association members, receive their 3,700 pesos ayuda each last January 13, 2023 at the City Plaza after performing their tasks in different community projects in Dagupan. Mayor Belen Fernandez thanked President Ferdinand ‘Bongbong’ Marcos Jr. and Rep. Christopher ‘Toff’ de Venecia for their support to the TUPAD program is being coordinated by the Public Employment Service Office. (Dagupan CIO Photo)