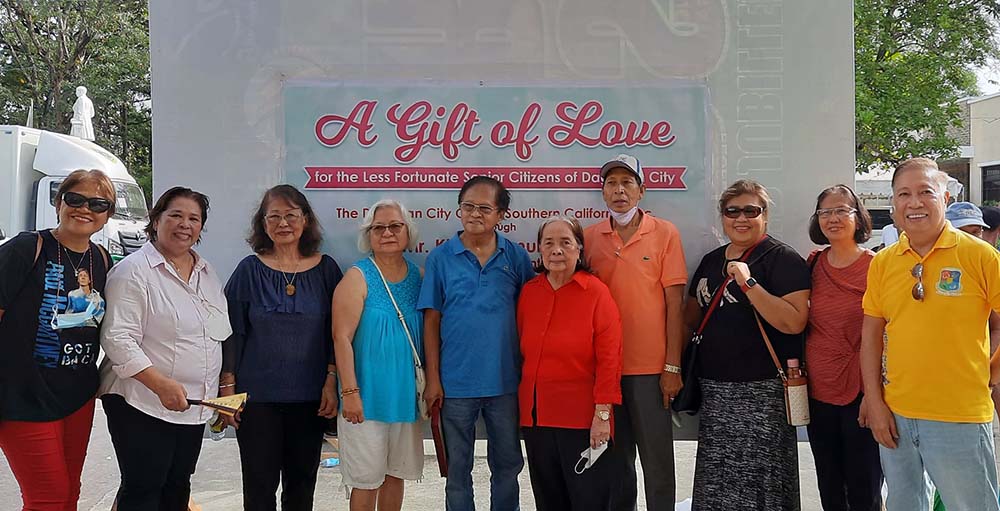 Love for indigent seniors and families from overseas Dagupenos IT all started over a decade ago. During the term of Priscilla Dimapilis, the Dagupan City Club of Southern California, Inc. initiated the Christmas distribution of rice packs to indigent families of Dagupan. With just a few sacks divided into packs, the gift-giving included only the blocks around Herrero street.

Over the years, even with the turn over of club presidents, the group continued with the annual practice and subsequently institutionalized it. From the original meager number of packs in the past, this year with King C. Disimulacion at the helm, the group has earmarked over a hundred sacks for over eight hundred indigent seniors and their families in all the 31 barangays of the city.

The widespread distribution at the City Plaza was made possible through the generous accommodation of Mayor Belen Fernandez– with the coordination of the Office of Senior Citizens Affairs under Zenaida Sinlao and the invaluable assistance of the Federation of Senior Citizens Barangay Chapters headed by Luz Geminiano.