The commemoration started with a thanksgiving mass, which was followed by the wreath laying ceremony and commemorative program conducted at the Veterans Memorial Park at the Capitol Complex in Lingayen town.

In a message, Department of National Defense undersecretary and Philippine Veterans Affairs Office (PVAO) administrator Reynaldo Mapagu said PVAO will remain committed to its mission of ensuring the welfare and well-being of the veterans.

“We will continue to work for the strong and united Filipino veterans community, and lobby for veterans benefits both pension and non-pension benefits,” Mapagu said.

According to PVAO, there are 49 surviving war veterans in the province as of December last year, and most of them are already bedridden.

Meanwhile, Governor Ramon Guico III said the provincial government is developing the Capitol grounds and other cities, municipalities and locations in the province to give a fitting tribute to the veterans who fought for the liberation of the Philippines during World War II.

“Many of our veterans have already passed on, it is high time also that history and very significant events should be passed on to the next generation,” he said.

The “War of Our Fathers: A Brotherhood of Heroes” photo and artifact exhibit held at the Pangasinan Training and Development Center I, was open until January 14 . (PIA Pangasinan/AMMB) 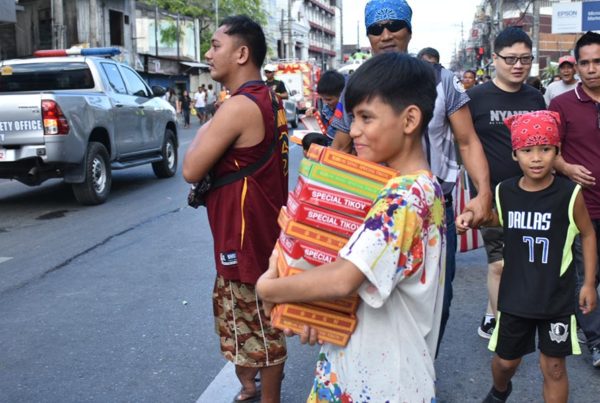