In his Instagram post, de Venecia quoted “Omg lapit na! Rodgers & Hammerstein’s Carousel by @repertoryphilippines opens Nov 26 at the CCP”, with a photo of him directing the cast.

De Venecia, a child actor and champion of the creative industry, is back to his roots and first love.

Set to be staged on November 26, Carousel was initially set to be staged in 2020 as the Repertory Philippines’ (REP) feature play, but was cancelled because of the COVID-19 pandemic.

Now making its return, de Venecia is determined to make the musical play a hit, along with its international counterparts.

Carousel is a musical play popularized in 1945 by Richard Rodgers and Oscar Hammerstein II, which was adapted from the 1909 play Liliom by Ferenc Molnar. Being revived countless times due to its contemporary themes has made the musical popular.

The play itself, an innovation and a revolution in the entry of the Broadway into its golden age, was named the best musical of the 20th century by the Time magazine.

It follows the story of Billy Bigelow, a carnival barker, who falls in love with a millworker, Julie Jordan. Finding that his beloved wife is pregnant, Billy is determined to raise money by participating in a robbery which turned awry.

Carousel will play from November 26 until December 18 at the Tanghalang Ignacio Gimenez of the CCP. 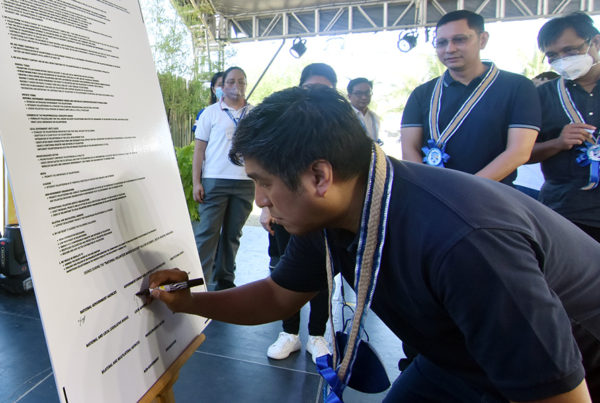