Frequent flooding is bad for business

AS I was writing this piece, it was the fourth day of the flood in Dagupan, the highest flood the city ever seen for four days despite the fact that Typhoon Maring had already left the country days earlier.

It didn’t surprise anyone to see some of the city streets and many of the interior barangays still submerged in floodwater even as the sun was already shining brightly. The flooded streets, as of morning of October 15, included the junction of the city’s main thoroughfare on A.B. Fernandez Avenue, the Tapuac road in front of YMCA, A. B. Fernandez Avenue in front of the Dagupan City Police Station, the junction of Perez Boulevard and M.H. del Pilar Street.

Since the rivers draining into Dagupan were still in their critical level, floodwater from the mountains were still cascading into the Pantal River and contributing to the usual flooding caused by the regular high tide for four days.

Wait for the tide in the Pantal River when it will be at its highest during the day next week. Surely, many more people will be impacted. They will have to wade in floodwaters to reach their destinations and work places as jeepneys are not aplenty during floods.

With COVID-19 still a big threat to health, the sorry situation in the perennially flooded city  is driving many to the point of despair, hopelessness and surrender.

Believe it or not, a number of businessmen—pissed off by the daily flooding due to high tide and at times coming in concert with heavy monsoon rains—are already thinking of moving out. They can no longer afford to lose more of their investments in a city where the wet days seem to be longer than dry days.

I entered one shop on A.B. Fernandez Avenue on Tuesday and I noticed that its floor was still slippery and wet..When I asked the sales clerk what happened, she said they had just drained out the water that had entered their shop several hours before, showing me their water pump.

It is possible that future floods that will hit Dagupan will finally compel local businesses to pull out and head to a town or city that is flood-free. But even many businessmen are visibly disgruntled by the daily flooding, city officials appear don’t seem to care and just appear to be fiddling the violin like Nero did when Rome was burning,

So much precious resources and investments are already being wasted and lost because of the floods but the incumbent is not offering any solution. Expect it to again dazzle his constituents with Christmas lights soon on the city’s two bridges!

Are you wondering why the San Roque Dam did not release any excess water from its reservoir during and after the onslaught of Typhoon Maring even if the level of impounded water reached 281. 32 meters above sea level (masl) at one time when its normal level is 280 masl?

The  inflow of water from upstream of the Agno River then was higher than the outflow while eight gates of the Ambuklao dam and six from Binga Dam were opened and drained their water to San Roque Dam. It was enough to make every one near the Agno River again nervous.

We were informed that with due diligence, authorities of San Roque managed to stabilize the water in the dam and prevented the excess from spilling down to the lowlands by increasing power generation and thereby maximized use if the big volume of water available.

That in effect balanced the inflow and outflow of water that usually happens when monsoon rains stop.

At the time as the water of the dam at the reservoir was steadily rising, Gov. Amado Espino III was in close touch with San Roque officials to make sure that there would be no abrupt release of water into the lowlands that would create a big havoc to lives, crops and properties; and to do it gradually as a last resort.

That I think this saved Pangasinan from another devastating flood.

Some small fish vendors at the Magsaysay Market are crying out against “kotong”, allegedly perpetrated by Market Marshals.  Each vendor is reportedly being made to pay  P1,500  a month sans receipt, to a certain body. This is a very serious charge that Mayor Brian Lim should not ignore because it will surely impact on his bid for reelection. 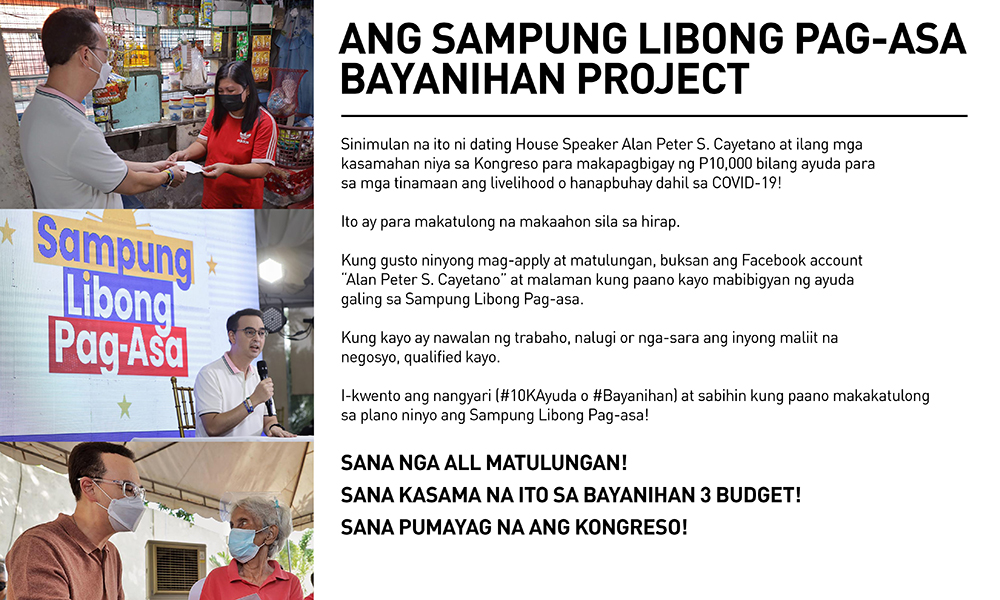 Then there were three Lims

The Father of Dagupan City