By Sunday PunchNovember 20, 2022Inside News

THE provincial health office reported 336 cases of the hand-foot-and-mouth disease (HFMD) in Pangasinan.

Dagupan City has already one confirmed case of HFMD while two others are still awaiting confirmation from laboratory tests, according to City Health Officer Ophelia Rivera.

The PHO advised residents to always wash their hands, wear face masks and stay away from people who may transmit the disease through their droplets like saliva and body fluids. (Badz Agtalao)

Meanwhile the Municipal Health Office of Mangaldan warned town residents to be vigilant against the hand-foot-and-mouth disease (HFMD) after the town logged six suspected cases of the disease from November 1 to 13.

Samples from swab testing of the three suspected cases were sent to Department of Health in La Union for confirmation. The results are being awaited at presstime.

According to Dr. Larry Sarito, municipal health officer, many of the suspected cases were children aged eight years old and below. (Ella Garcia)

SOME 10,000 indigents in the Ilocos Region received financial aid and capability-building training from January to October this year to enable them to start their income-generating projects under the Sustainable Livelihood Program (SLP) of the Department of Social Welfare and Development (DSWD).

DSWD Ilocos project development officer Chad Everett Llanes said the agency distributed P200-million to the beneficiaries of the program belonging to 50 organized groups in communities and organizations in Region 1. Each beneficiary received P10,000 cash from DSWD. Among the beneficiaries were persons who lost their jobs and livelihood during the pandemic.

The organizations seek to continue producing native products that could be sold in trade fairs and in SLP Congresses. (Jhon Caranto)

THE Department of Agriculture Field Office 1 assured the four provinces in the region that there is enough supply of pork and chicken meat during the coming holiday season despite the ongoing African Swine Fever and Bird Flu that exacted toll on the local swine and chicken during the past few months.

Dr. Annie Q. Bares, OIC- regional director, said the continuing intervening measures are helping solve the supply problem and effectively contained the Bird Flu in Ilocos Norte and locos Sur. There were only sporadic cases of ASF in the two provinces.

Bares said the ongoing national livestock program is providing cash assistance to cooperatives or groups of swine and poultry raisers so they can start raising hogs and chicken again. (Ella Garcia)

MAYOR Leopoldo Bataoil held a meeting with Muslim vendors and traders after he granted their request for a bigger space to settle at the Lingayen Public Market.

The vendors said they were never given ample spaces at the Lingayen Market since they started selling their wares in the town.

In granting their request, Bataoil asked the vendors to keep their areas clean at all times, pay their taxes and to foster good relations with the other vendors. The vendors pledged to abide by his conditions. (Joana de Vera)

MORE than 1,000 uniformed and non-uniformed personnel of the Police Provincial Office in Pangasinan submitted themselves to their annual physical examination.

P/Colonel Jeff Fanged, police provincial director, said the annual health examination is part of the program of the PNP ensure the health and well-being of its personnel. (Joana de Vera)

Medical mission for PDLs in Tayug

THE Tayug local government, led by the Rural Health Unit, recently conducted a medical mission for Persons Deprived of Liberty (PDL) at the Bureau of Jail Management and Penology’s detention facility.

Meanwhile, the PDLS showcased their handcrafted products that are intended for sale for them to generate little incomes this Christmas while still under confinement.  (Jhon Caranto) 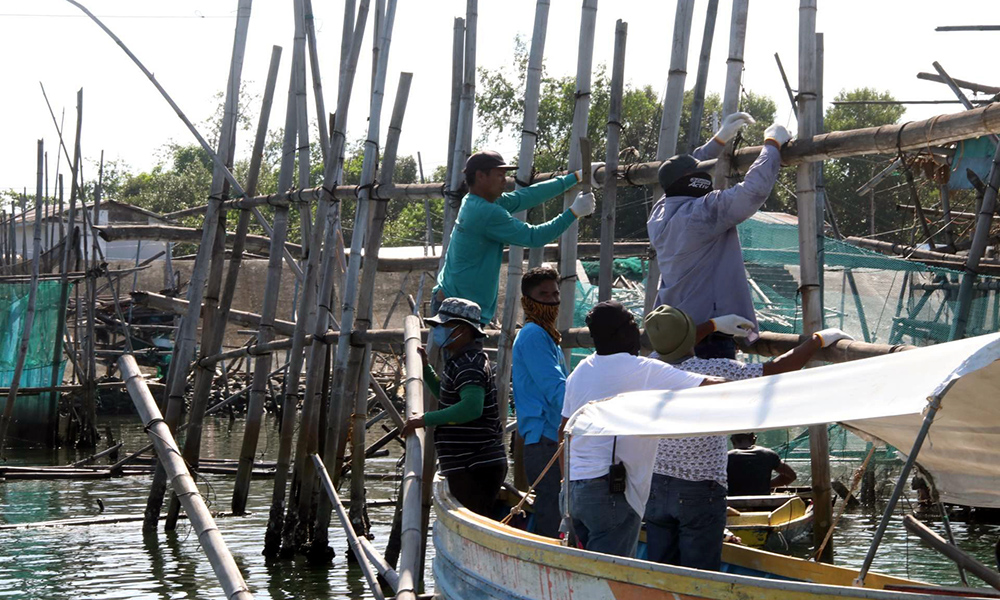