GOV. Ramon Guico III reported that Pangasinan sustained only minimal damage from the Magnitude 5 earthquake that rocked the province in the early morning of July 27, and that only one person was injured and no casualty was recorded in any part of Pangasinan.

This was gleaned from the Situational Report No. 2022-01 of the  Provincial Disaster Risk Reduction and Management Office chaired by the governor, as of 5:00 p.m. on July 27, less than eight hours after the quake.

Per the assessment made by the Provincial  Engineering Office, Guico said all national and provincial roads, and bridges  are passable, Moreover, all provincial government buildings at the Capitol grounds are safe. Only one (Building No. 1) suffered minor cracks,

It was found out that the Hector Mendoza Bridge in Alcala was slightly damaged by the quake but remains passable to all types of motor vehicles.

Meanwhile, electricity service as well as water and communication lines were all normal.

The temblor did not cause any damage to agriculture.

Gov. Guico and Provincial Administrator Melecio Patague III immediately convened a crisis management meeting at the provincial capitol to assess the situation and mobilized all government agencies and local government units to assist those affected by the strong quake.

The provincial government was assured by the San Roque Power Corporation that the San Roque dam in San Manuel town “is safe” and no part of the dam was damaged.

Guico had earlier ordered the suspension of work in all offices of the provincial government effective noon of July 27.

The governor also sent two provincial buses to Abra to assist and fetch Pangasinan  residents in the province affected by the Magnitude 7 earthquake if they want to go home to their province.

Guico ordered the provincial engineer as well as engineers of the DPWH to continue their monitoring on all other infrastructures in the province.  (Leonardo Micua) 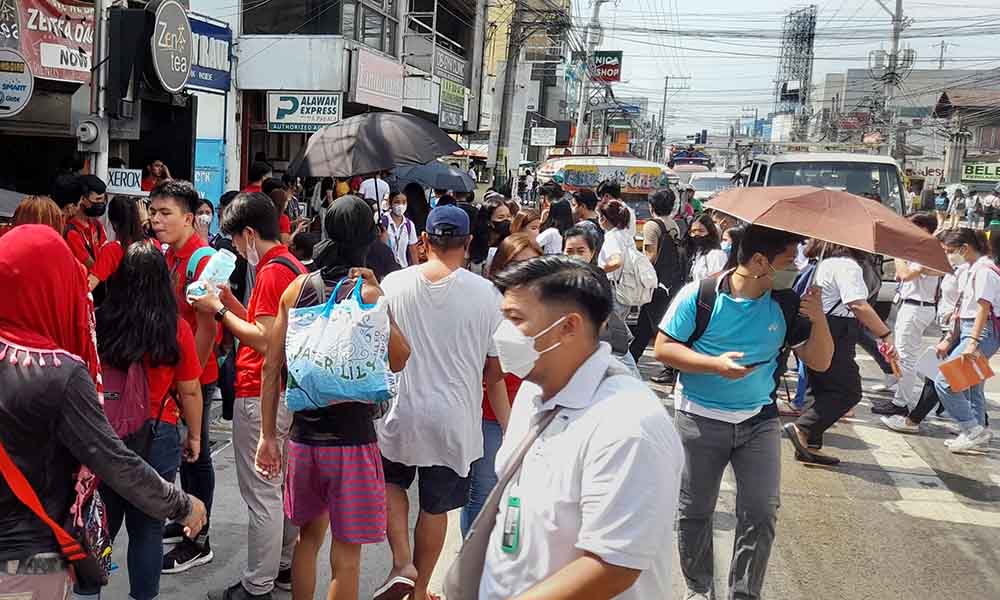 PANIC-STRICKEN STUDENTS ON THE STREET

PANIC-STRICKEN STUDENTS ON THE STREET