THE Sangguniang Panlungsod finally passed Dagupan City’s 2022 P1.380 billion annual budget unanimously but not without an attempt by the minority to append to the approved budget what it referred to as a “Minority Report”.

Ordinance No. 2244-2022, authorizing the annual budget of the City Government for the present calendar year, was approved by all 12 members of the SP present during special session via face-to face and Zoom on Thursday, June 9,  presided by Vice Mayor Bryan Kua. The approved ordinance was immediately submitted to the Office of Mayor Brian Lim the following day for his review and approval or veto. He has 10 days to act on the it. If he fails to act in those days, the ordinance is deemed approved. If he chooses to veto the measure, the SP can override the veto by a vote of two-thirds.

Councilor Karlos Reyna expressed confidence that the mayor will not veto the ordinance because it was the budget he submitted, but if he decides to veto, he said the majority can  override the veto.

Dagupan City government will stop using a reenacted 2021 budget once the 2022 budget is approved.

The motion to submit a Minority Report was raised by Councilor Celia Lim, mother of Mayor Brian Lim, but no one seconded it and was rejected by the chair. At the same time, it was pointed out that the committee report was already passed and approved, past the discussion period.

She argued that while the annual city budget as well as the Annual Investment Plan were prepared by the City Mayor’s Office early, the majority did not act on the documents for over nine months, hence the need for the Minority report.

However, Councilor and Majority Floor Leader Michael Fernandez said no copy of the claimed Minority Report was sent to him for inclusion in the agenda.

Lim then took the majority to task for failing in performing its duties asserting that it only acted on realizing “that there is a need to pass the budget when we need gasoline, medicine, soap, ink and everything.”

Lim made reference to statement of Councilor Marcelino Fernandez to The PUNCH that garbage are piling up in the barangays because the garbage trucks have no fuel.

Reacting to Lim’s remarks, Councilor Reyna assailed the lie spread during the campaign period that members of the majority members of the SP are to blame for deliberately delaying the passage of the 2022 budget.

Councilor Netu Tamayo said people must be told that it was the office of the City Mayor that delayed the passage of the budget because it failed to submit the devolution plan sought in an executive order of President Duterte.

He cited the inconsistency and irony when the barangay kapitans submitted their respective capacity development plans while the city planning and development could not, adding that the SP continued to invite the department heads to discuss the AIP but they did not attend.

When Councilor Fernandez moved for adjournment, Councilor Dada Reyna-Macalanda, reiterated Lim’s written manifestation be attached to the budget document, to which

Councilor Samson asked the chair to declare Reyna out of order since the SP cannot reopen ended discussions when the discussion period was already over.

“I thought we are all veteran legislators here and know the rules?” Samson thundered. (Leonardo Micua) 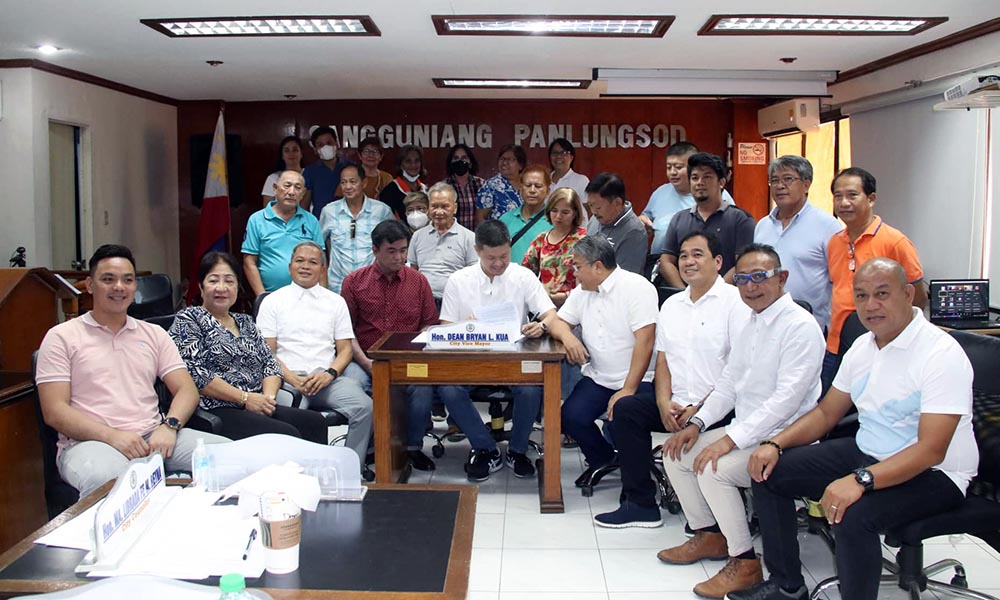