AFTER almost two years, the pandemic in Pangasinan may soon finally see the light at the end of the tunnel as there were only 127 active cases remaining as of November 25 compared to more than 4,000 cases at the height of the surge from August to September  when the more transmittable Delta COVID-19 variant raged on. The number of the remaining active cases was lower than the 182 recorded on November 18 when there were 134 patients that recovered against 102 new cases and seven deaths that were logged.  But what was considered of greater significance was the declaration of 10 towns and one city as COVID-19 free and the remaining cases in the 37 other towns and cities were in single and double digits.

The data from the Provincial Health (PHO) showed the average daily cases from November  17 to 25 was only 14 as compared to more than 400 per day and even 800 two months ago.

On the other hand, the average number of patients that recovered per day for the week-long period was 19.

The new confirmed cases that were logged brought the total number of confirmed COVID-19 cases in the provinces to 35,435. Of the number, 34,105 had recovered while 1,304 others had died.

Officials said that most of the remaining 127 cases were on home quarantine, and most of the towns have already disbanded their respective isolation facilities.

However, health officials warned of being completely lax in complying with the health protocols because COVID-19 has resurged in Europe.

With the relaxation of travel protocols under Pangasinan’s Alert Level 2 classification, the border control points set up by the Pangasinan Police in 21 entry points of the province have been converted into law enforcement checkpoints and will eventually be relocated at the start of the election period of January 9. (Leonardo Micua) 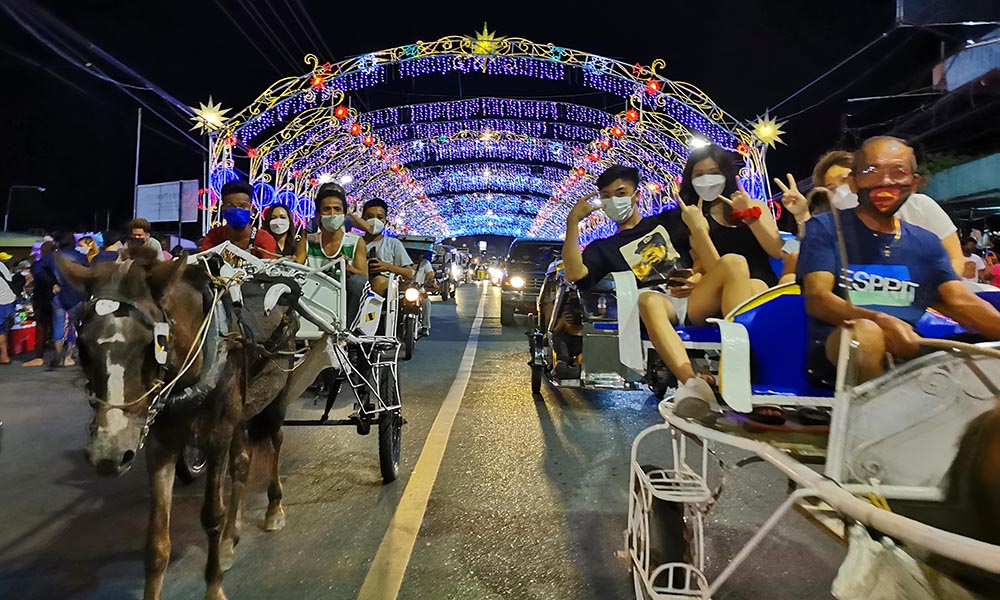 KARITELA BY THE CHRISTMAS BRIDGE

KARITELA BY THE CHRISTMAS BRIDGE