THE reorganization in the executive department of the city government of Dagupan was approved unanimously by the members of the Sangguniang Panlungsod (SP) in an ordinance passed during a special session on May 14 called by the SP. The ordinance was passed three days after the committee on civil service and government reorganization, chaired by Councilor Librada Reyna heard comments from officials of the Department of Budget and Management (DBM), the Human Resources Office, the City Budget Office and other departments of the city government.

City Secretary Ryan Ravanzo said the approved ordinance will, however, still be subject to the review of the DBM and the CSC  regional offices to make it final, soon after all the comments made during the committee hearing are incorporated.

The special session on May 14 was presided by Vice Mayor Dean Bryan Kua while the regular session three days before was presided by Councilor Karlos Reyna IV, the presiding protempore.

During the special session, the SP members heard the comments made by Wilfredo Laudencio, a representative of the Civil Service Commission (CSC) regional office, who took the place of the CSC Eastern Pangasinan district director, who died the day before (Thursday). It was the CSC director for Eastern Pangasinan who was invited in the zoom session to give his comments on the proposed reorganization.

Councilor Jose Netu Tamayo earlier said he will not join his colleagues in approving the proposed ordinance unless he hears the comments of representatives of the CSC and the Department of Budget and Management (DBM) regarding the measure. In the May 12 regular session of the SP, Myrna Cadaoas of the DBM regional office, submitted her comments on the measure.

During the period of amendments, the councilors turned down the proposal of the mayor’s office for a proposed Executive Management Group (EMG) to be made into a department and for the office of the City Administrator to be separated from the mayor’s office and be made as a separate department. The SP approved the creation of the EMG to be placed directly under the Office of the City Mayor.

The reorganization will be effected in three phases, the first phase of which will the elevation of the Human Resources and Management Office (HRMO), Public Order and Safety Office (POSO), Public Information Office and Information Communications and Technology Office into separate departments.

The second and third phases of the reorganization is yet to be submitted by the Office of the City Mayor to the SP.

The proposed ordinance submitted by the mayor’s office to the SP envisions the creation of the EMG to be a separate department in a hierarchy over and above all departments of the city government perceived to be more powerful than the City Administrator.

During the initial hearing on the measure on May 11, Councilor Reyna informed the SP that the reorganization will implement the findings and recommendations made by the University of the Philippines College of Administration and Governance contracted by the city government to do studies in 1993 and 2001.

She said only the establishment of the One-Stop-Shop Business Center was implemented so far as a result of those studies.

City Secretary Ravanzo said the U.P. Study was only mentioned in the explanatory or introductory note to the proposed ordinance which was certified as urgent by Mayor Brian Lim.

Initially, a representative of the DBM, Myrna Cadaoas, expressed certain reservations about the creation of the EMG, which Atty. Mike Datario, head executive assistant of Mayor Lim, said will be composed of the mayor’s core group. The EMG, according to him, will assist the mayor in some of his functions and duties.

The DBM representative also reminded that the proposed elevation of offices into departments and the creation of additional positions must take into serious consideration the 45 percent personnel service cap set by DBM, which means that not more than 45 percent of the budget of the city shall be used for personnel services.

One funding source identified by Councilor Reyna to fund the reorganization is the anticipated increased IRA shares of the city government by virtue of the Supreme Court ruling in the case of Mandanas Versus Chua, where the high tribunal ruled that local government units must have more shares from the IRA.

The Mandanas ruling is expected to be implemented next year. (Leonardo Micua) 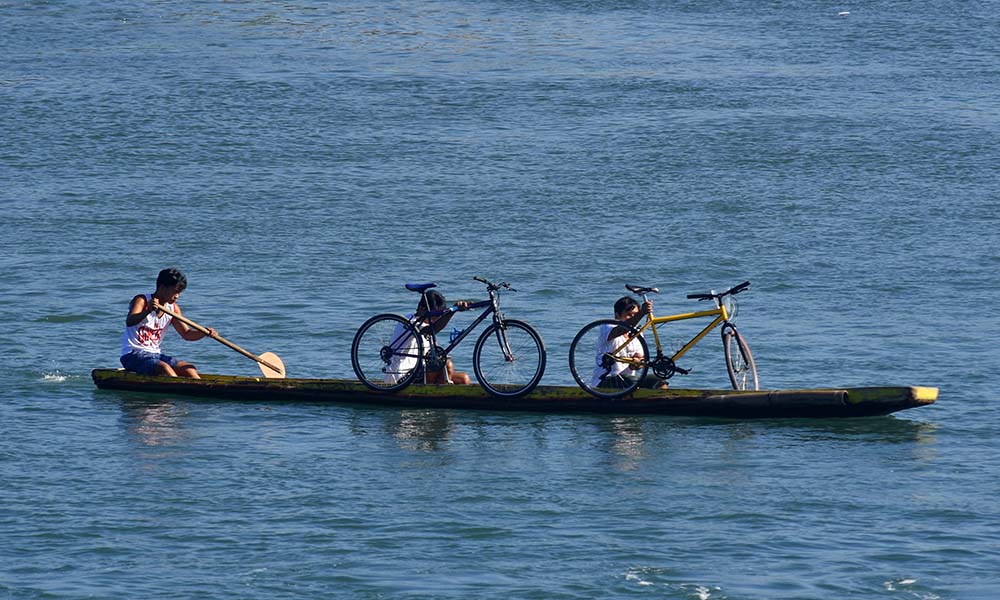 WHY BIKE WHEN YOU CAN RIDE

WHY BIKE WHEN YOU CAN RIDE