ALAMINOS CITY—The city government has asked the Department of Transportation (DOTr) to continue and complete the construction of its stalled airport project in order to boost the city’s and province’s tourism industry.

Mayor Arthur Celeste wrote the DOTr through Undersecretary Roberto Lim, in charge of airport and seaport projects, urging the allocation of funds for the second part of the project in the department’s 2018 budget.

He said he has been doing closely coordinating with the DOTr and he expressed optimism that it will support the city’s request.

DOTr already spent P400-million for the lot purchase and initial site development of the airport located in the three barangays of San Vicente, Sabangan and Telbang during the Arroyo administration. However, since Hernani Braganza, the initiator of the airport project was no longer mayor, the Aquino administration suspended the construction.

Celeste said he is pursuing the project ” because I know, this time, the Duterte administration is keen on helping projects that would bring real progress”.

Celeste said the Department of Tourism is helping put together the documents asked by DOTr to justify the continuation of the airport project which he changed from international airport to community airport to cater initially to small groups of tourists.

He is confident once the response to the lure of Hundred Islands is positive, airlines will immediately take interest.

He added that tourist arrivals in the area have tripled to as many as 500,000 compared to data collated five years ago.

Celeste cited the appointment of Hundred Islands as a major destination of seven cruise ships this year.

He said once the airport becomes operational “progress of Pangasinan would be unstoppable”.

Alaminos City is only 90 minutes away by land travel to Dagupan City, the central business district of Pangasinan, and less than hour Lingayen town. (Tita Roces) 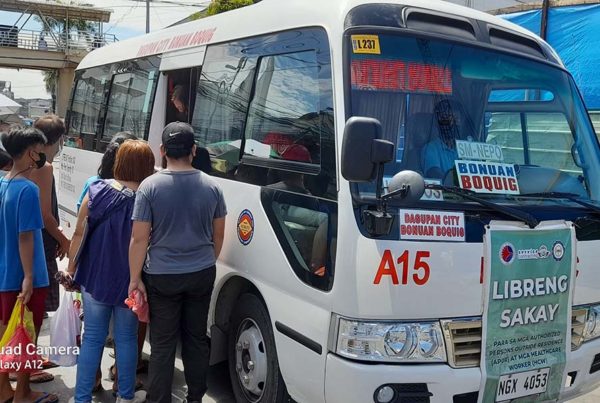