Given the long history and predominance of Catholicism in the Philippines, it does not come as a very big surprise when the law enforcement sector collaborates with the church ministry and laity for an activity related to politics.

Last Palm Sunday, for example, special Sunday Masses for the conduct of honest, peaceful and orderly elections were held in various parishes in Region 1upon the initiative of the Region 1 police force headed by Chief Superintendent Leopoldo Bataoil.

The municipal and city police chiefs, in coordination with their respective parish priests, arranged for the schedule of Masses in their respective areas and Bataoil himself said he personally delivered the invitation for the suggested activity to the bishops of the four provinces in the region.

Also involved were the Parish Pastoral Council for Responsible Voting (PPCRV), the Commission on Elections, and the Volunteers Against Crime and Corruption.

At the same time, an inter-faith association, called -Tambuyog ti Kinalinteg (Trumpet of Righteousness), composed of different religious organizations in San Manuel town has also issued a manifesto calling for the holding of honest, orderly and peaceful elections.

The manifesto also outlines characteristics of a “good leader” that should serve as a guide for voters when choosing their candidates in the May election. Moreover, it highlights the call for voters not to sell their votes.

These kinds of multi-sectoral teamwork are definitely a welcome development in view of the need to keep the election sacred following the major blemish it suffered from the blatant cheating in no less than the presidential voting in 2004.

Politics (which involves power) and morals (which is an informed sense of right and wrong) are inescapably intertwined.  This does not mean that the church – whatever sect it may be – should dictate upon its believers whom to vote for. Neither does it bestow upon the church the right to meddle in governance. What it does mean is that the religious institutions are reasonably right to get involved in matters concerning the ballot.

Choosing our government leaders through the exercise of suffrage is our political right under a democratic system; but more than that, choosing suitable leaders is our moral obligation. It is an obligation that we owe to ourselves, the future generation, and to the very democracy that allows us the privilege to vote.

Today, Easter Sunday, as observed by the Catholic faithful, is a commemoration of the resurrection of Christ. It is a celebration of new life. An election, too, is an opportunity, an occasion to make a choice for a possibly new and improved life for the citizenry. 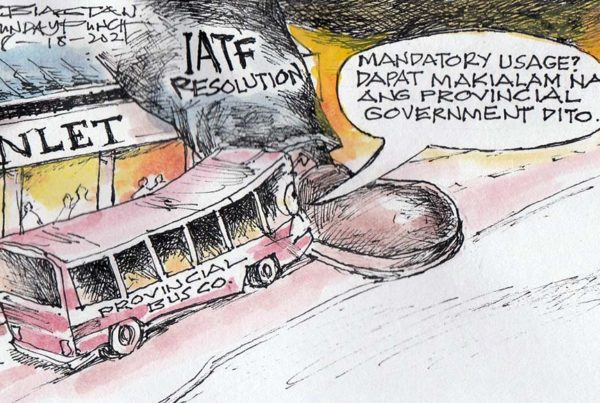 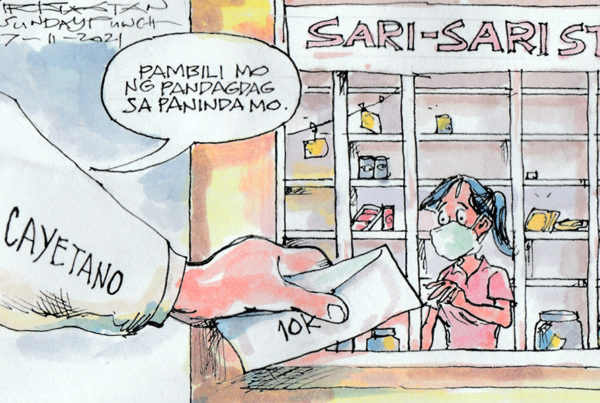