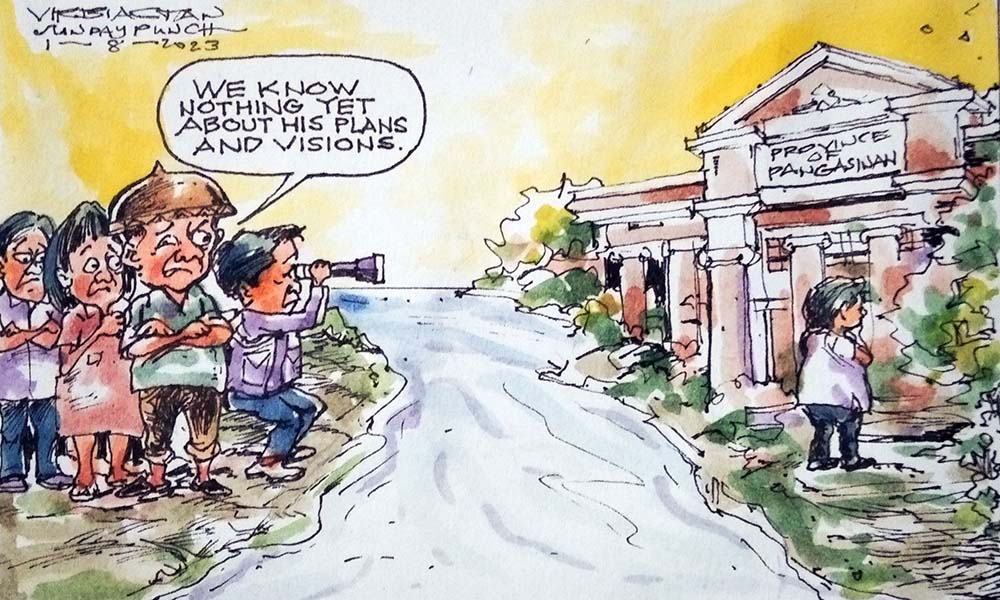 WHILE President Ferdinand Marcos Jr. has been attending regional and international forums fast tracking economic development for the country while resolving issues ailing the agriculture sector, none of these events appear to impact on Governor Ramon Guico III.

The provincial government under the newly installed Guico administration continues to be mum about its initiatives and plans for the province’s economic and social development. Mr. Guico has been in office for the past six months and besides appearing in ceremonial signing of memorandums of agreements, inauguration of facilities and guesting in distribution of digitalized certificates of land titles, he has not conveyed anything significant that could improve lives of his constituents that voted him into office.

The issues affecting the agriculture sector have been taking the center stage since July 2022 but the governor was never reported to have engaged nor consulted local farmers about discussions among and between stakeholders at the national level, principally the Department of Agriculture. If he has, nothing has been reported.

The province is a major producer of rice, onions and salt whose supply and prices are among today’s principal concerns amid reports of illegal control of the demand and supply. These have severely affected local farmers but the provincial government appears to be completely detached from it all.

Unfortunately for the province, it is becoming apparent that Mr. Guico has no intention of engaging the populace with his plans and visions because he has not appointed a permanent information officer for the provincial government. This is in sharp contrast to normal reorganization plans of newly installed executives. Instead, Mr. Guico is content in keeping a team of writers at the Capitol to handle his “people and events” photo ops for posting on his personal and the provincial government’s Facebook accounts.

Curiously, the members of the Sangguniang Panlalawigan, headed by Vice governor Mark Lambino (Mr. Guico’s bannered political tandem), are muted themselves on the refusal of Mr. Guico to engage their constituents in dialogues about his administration’s plans for their livelihood and health welfare. Have they been compromised by successful “inside-trading”?

Pangasinan needs a visible, proactive, articulate executive and a set of independent-minded forward-looking legislators. Where is Guv Guico? Where are they?

Meet the Enemies of the city

Meet the Enemies of the city