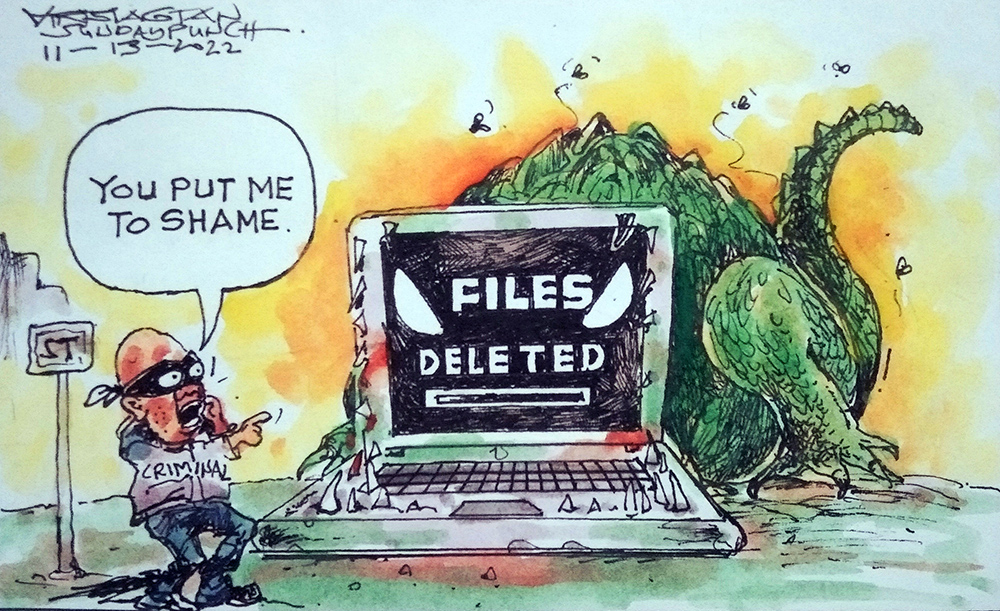 IF there is one legacy that the past administration of Mr. Brian Lim, as mayor of Dagupan City, it’s about its officials’ and supporters’ wanton and licentious plunder of the city’s resources in the belief that they can get away literally with murder.

Never mind that collections of taxes and fees were reportedly not properly accounted for,  that pandemic ayuda was distributed mainly to political allies, that scholarship fund was routinely squandered enlisting fake and ghost scholars, that protection racket was rampant wherever it could be done, BUT the discovery that computer files and records were deliberately deleted by their ilk to hide the series of crimes committed is the height of criminal acts that puts petty criminals on the streets to shame.

The realization that most of the officials of the past administration that reportedly pillaged the city’s coffers were, in fact, once senior officers of the revered Jaycees Inc., chapters in the city, is utterly revolting.  They were the upright model citizens until they joined government. Mr. Lim even once served as JCI world president. Shameless.

But the worst tragedy befallen the Dagupeños, is to see the same group of delinquent juvenile brats from the same mold holding sway as the majority in the city council, playing with the fate of the vulnerable young and seniors by withholding funds to support programs for their welfare. Agenda? Payback for Mr. Lim’s humiliating loss in the last elections.  Some chutzpa they have all because the INC supported their election.

It is, therefore, incumbent upon Mayor Belen Fernandez’s administration to do all to make Mr. Lim and his cohorts suffer the legal consequences of the despicable and deplorable crimes they committed against the city and its people. Failing in this, Ms. Fernandez might as well be in Mr. Lim’s company.

THE Percy Lapid slay case has opened a can of worms in the New Bilibid Prisons (NBP) in Muntinlupa City.  While NBP chief Gen. Gerald Bantag is now being tagged as the mastermind in the October murder of the Lapid (Percival Mabasa), the hard-hitting broadcaster, several sordid revelations inside the country’s largest penitentiary have surfaced. Cell phone smuggling.  Beer business that sells a can of beer as high as P1,000 (make that Red Horse beer).  Inmates serving as either middlemen in murders for sale or killers for hire. Include, of course, drug dealing and, you guessed it right, peddling of inmates’ cadavers to unscrupulous entrepreneurs in cahoots with enterprising funeral-parlor owners passing off embalmed bodies to ambitious hospitals out to make money for laboratory studies to would-be doctors.  And look at this:  Set for autopsy are some 100 cadavers of inmates who were reported to have all died of cardiac arrest.

Is the NBP cleansing for real—finally?