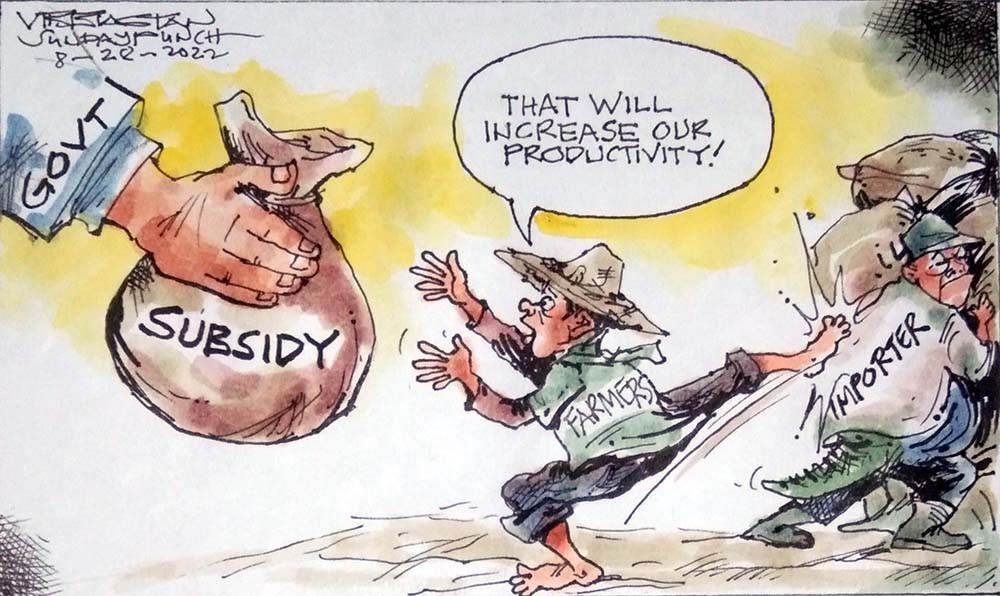 Fake shortages of basic commodities can be stopped

THERE has never been a year when our national and local governments did not announce a shortage in rice, sugar, vegetables, in our local markets.  There was always a shortage of commodities but never a shortage of criminal trading syndicates in our midst who have most of our key officials in all levels in their pockets.

While it has been proven that the best test of the pudding is in the eating, our government agencies should check and raid warehouses of known big time traders and importers without hesitation at the first “indication” of a “shortage” of any commodity.  But they somehow always drag their feet to arrest the reported shortage. They go through the motion of investigating only to come up with more seemingly plausible reasons for the “shortage” and voila – an importation is justified with no restraint to protect the poor farmer who stands to lose from the flooding of cheap imported commodities in the market.

Ironically, our government is aware that our farmers don’t stand a chance against the cheaper imported farm produce not because our products are inferior but because our framers spend more, borrow more to produce barely breaking even. Meanwhile, imported agri products are cheaper because the farmers from whom the government imports, get regular subsidies from their governments while our farmers don’t get the same support.

So, if only our farmers get enough subsidy equaling those of farmers in Asia, the unscrupulous traders will find no reason to hoard, import and smuggle cheaper products .

Let’s hope that with President FM JR as Agriculture Department’s top honcho, all these shenanigans making our farmers poorer, and consumers patronizing imported agri  products, will end with long term policies that will truly boost our agriculture industry,   improve farming as profitable livelihood

THE move to change the 1987 Constitution is misplaced.  Espoused by 2022 election topnotcher Robinhood Padilla, the senator from Nueva Ecija, who is a former actor who served time in prison for illegal possession of firearms, has anchored his election campaign on transforming the government from a parliamentary system to a federal form of governance.  Padilla’s vision is to make each of the country’s 81 provinces autonomous.  Meaning, each province must have its own system of governance practically apart from the national seat of power.  It may look good but only at first glance.  Since we are still basically a developing country, isolating the provinces from the main pipeline of governance that is Malacanang could result in massive economic and social dislocation of our brethren.  Only in First World countries, like the U.S. and many European countries, can federalism prosper because they are oozing with wealth.  Padilla may mean well but not all well-meaning moves end up well.